The 2016 UK Soca Road March competition is in full swing, featuring the best soca artists living in the UK.
Read the interview by Ilovecarnivall:

The most random thing.  Scrappy and I are heading to the interview venue at the Royal Festival Hall and we’re talking about soca music. As we are walking along, the most unlikely Caucasian young woman walks next to us and pipes in ‘I love soca!’  And scrappy gives her a hi 5. You know?  You just never know.

We get down to the formality of interview and it hits you when you listen to someone talk and you feel how passionate they are about a subject and what they are doing. This was Scrappy, the musician who wants us to support our own UK talent as much as we support others.  I’ve seen Scrappy perform a couple of times. He has some really good energy on the stage. I’ve been told he has been around for a while.  That’s really all I knew about him.  Until now. 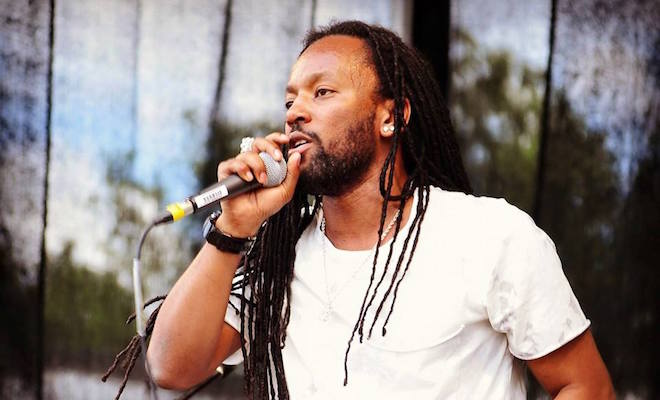 Scrappy (Garvin Johnson) was born in Trinidad but grew up between Monsterrat and Antigua. At the age of 11 in Monsterrat, Scrappy became the first ever Jnr. Calypso Monarch. He initially came to England to become an architect. However, music appeared to be his calling. He started with a Dalston Youth Project in Hackney and connected with an organisation called Rising Tide.  Scrappy did a music course and has never looked back. He has been nominated for several Soca Music Awards (which he won in 2009 for best UK Male artist and best UK soca song) and Calabash Soca Awards. He has been Soca Monarch for Monsterrat and won the Road March title in 2005. He has played to fans in the Caribbean, Europe, Canada, Seychelles and of course England. He has shared the stage with the likes of Nadia Batson, Krosfyah, Fireman Hooper and many more.   Scrappy’s band ‘Tropical Storm band’  have been working together for the past two years. He gives back to the community and heads Monsterrat based charity READ (Reward Education and Determination). This charity acknowledges not just the star pupil of the class but the child who put in the most effort and did not quite get the grade. Scrappy has also been involved in the development of the ‘We Soca’ online magazine which is based on Caribbean Culture in Europe. This is published on the first Monday of every month.

What are you working on now? As an artist?  My new album is Album X and the current single is called ‘Everybody’.  Scrappy described his current album as diverse, having different styles and genres; acoustic, dancehall, techno, groovy, getting ready for the road.  He says ‘I don’t feel stifled, I’m just exploring’.

How would you describe your sound?  Versatile.  I think I bring ‘versatility’ bring to UK soca.  My songs all have a different sound, ranging from smooth singing to chanting and jump and wave.

What is the accomplishment you are most proud of? Being known to represent Monsterrat, that’s cool. And Monsterrat Soca Monarch and Road March Title in 2005.

Where has been your most favourite place to perform?  Toronto, because the appreciation for music is very blatant. When I performed there a couple of years ago, I wasn’t aware that my music was known and appreciated to the level that it was. They knew my music. I love Leicester and obviously London is home. When you step on stage in London you get that love, they’re like ‘ah look my boy pon stage’!

If you had your wish list, are there any artists that you would like to collaborate with in the future?It would be a long list but Edwin Yearwood for me he is definitely on the wish list. I think he’s just that guy. When he touch a microphone, it’s like ‘oh man, you know?’

What do you think about soca being fused with other genres to make new sounds such as afrosoca, raggasoca? Do you think that this is a natural evolution for soca or are you more of a purist? Oh this is going to get me in trouble but I personally do not think that we’re achieving what we want to by fusion.  I think our success and our power is in our people, not putting our music to other people for them to give us back that support to get that success. For  example, Afrobeats didn’t get big because different genres and different markets supported Afro beats. Afro beats was supported by the African community first. When they supported and when the big labels saw that, they signed them up. I think our fans, our supporters need to get behind us. When that happens, corporate companies, record labels will look at soca and think ‘we need to invest our money in this’.

What do you think of the UK soca industry? I think the music is there, good music, but there is not enough ‘business’ behind UK soca. It is not getting enough exposure. With other genres, like pop music it is seen as business. You could listen to a pop song, not like it but it circulates in your head. You are always hearing it. That’s because there is a business plan behind it. You have 6 or more radio stations playing it. There are some DJs playing songs that they don’t like in those genres. But for us because radio has become very independent, a Dj can put together a mix and they can put whatever they want on it. Because of that you don’t particularly have a marketing team or record label pushing a specific song to specific DJs. I think that a discussion needs to occur. I think that the DJs, promoters, producers, everyone needs to play a role in us as UK artists getting that maximum exposure.

What does carnival mean to you? Scrappy described carnival as an expression of our culture. It is seeing the creativity of our culture come to life. He says, ‘Every time a carnival gets cancelled, we lose part of our culture, our history. As some people mark years by the birthdays, Christmas, we mark our years by the carnivals we attend. We say ‘Remember when so and so did this at this carnival??’ Every time we lose a carnival we won’t be able to make those positive memories anymore. But that’s our culture, and it’s up to us to fight to protect it.

What does the future hold for scrappy? For me it is not trying to perform to huge crowds anymore. If I play to only 50 true fans of mine now, then I am happy. I am more interested in how we as artists in the UK can work together and help push and promote UK soca. Because there is a lot of really good music coming out of the UK. I try to look at the business side of soca.  The Caribbean culture is very marketable. There are a lot of elements about our lifestyle and our culture that attract everyone and anyone; from soca music to reggae music to sun, sea and sand, rum, liming, everything about the Caribbean attracts. Caribbean artists are timeless. Look at Beres Hammond, Mighty Sparrow, still going strong. It’s not like in the pop culture where everything has a sell by date. I’d like to bring in every soca UK artist on a business project. Let’s meet together and build our soca industry cause clearly, there is a market. 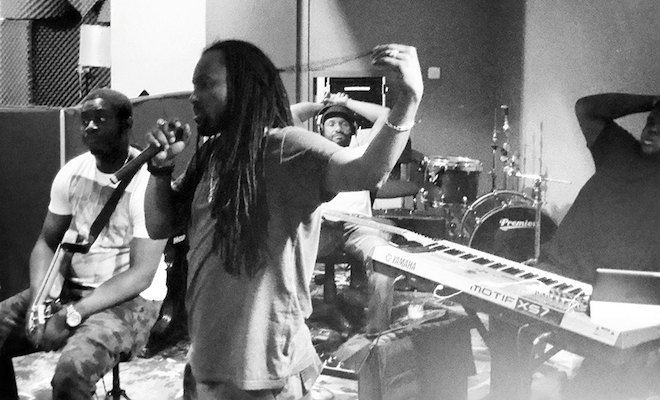 For Scrappy, his future goals have changed. We have the young guns of the industry and then we have the veterans like Scrappy who have done it all; who has been the opening act and been the headliner, who has been an international soca monarch. For Scrappy now, it is becoming more business oriented and thinking about a more communal agenda, that of promoting and gaining recognition for UK Soca. Many of the international brands and event teams are increasingly beginning to see London and Notting Hill Carnival as a lucrative business location to have events.  Masqueraders from Europe and more so over the years, masqueraders from the Caribbean, North America, even as far as Australia come just for Notting Hill Carnival. For Scrappy, perhaps more so than ever, now is the time to help push UK soca and carnival. And he is asking not just for the joint working of UK soca artists, but the support of the wider UK soca community.

Scrappy has completed the Caribbean Music Festival in Liverpool and has begun his ‘We Soca’ tour.  For more information on Scrappy, please visit www.scrappyonline.net, Scrappy on Facebook, scrappyonline on instagram.

Make your own feather headdress 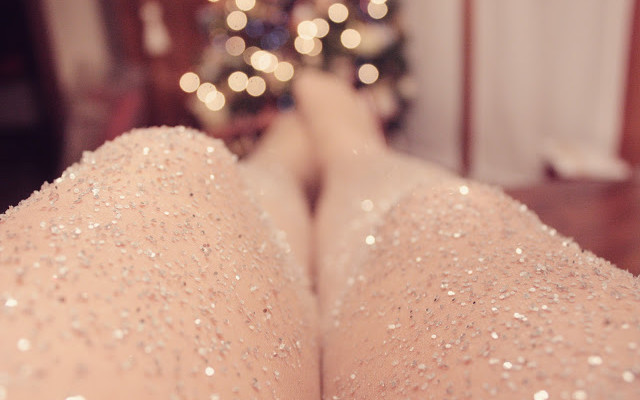 Make your own Glitter tights

Carnival 2016 highlights, Get ready for the road, The Latest 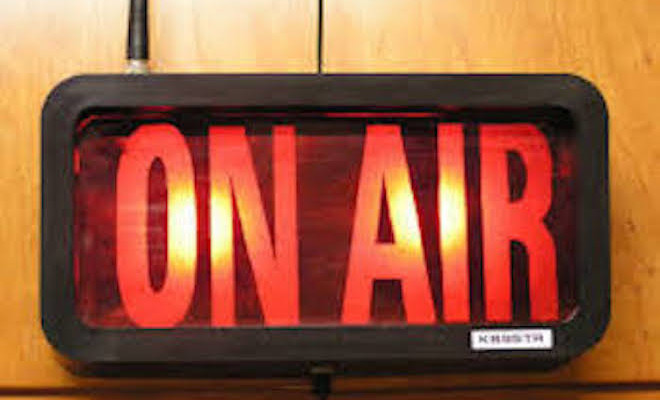 Learn the lyrics and sing along!