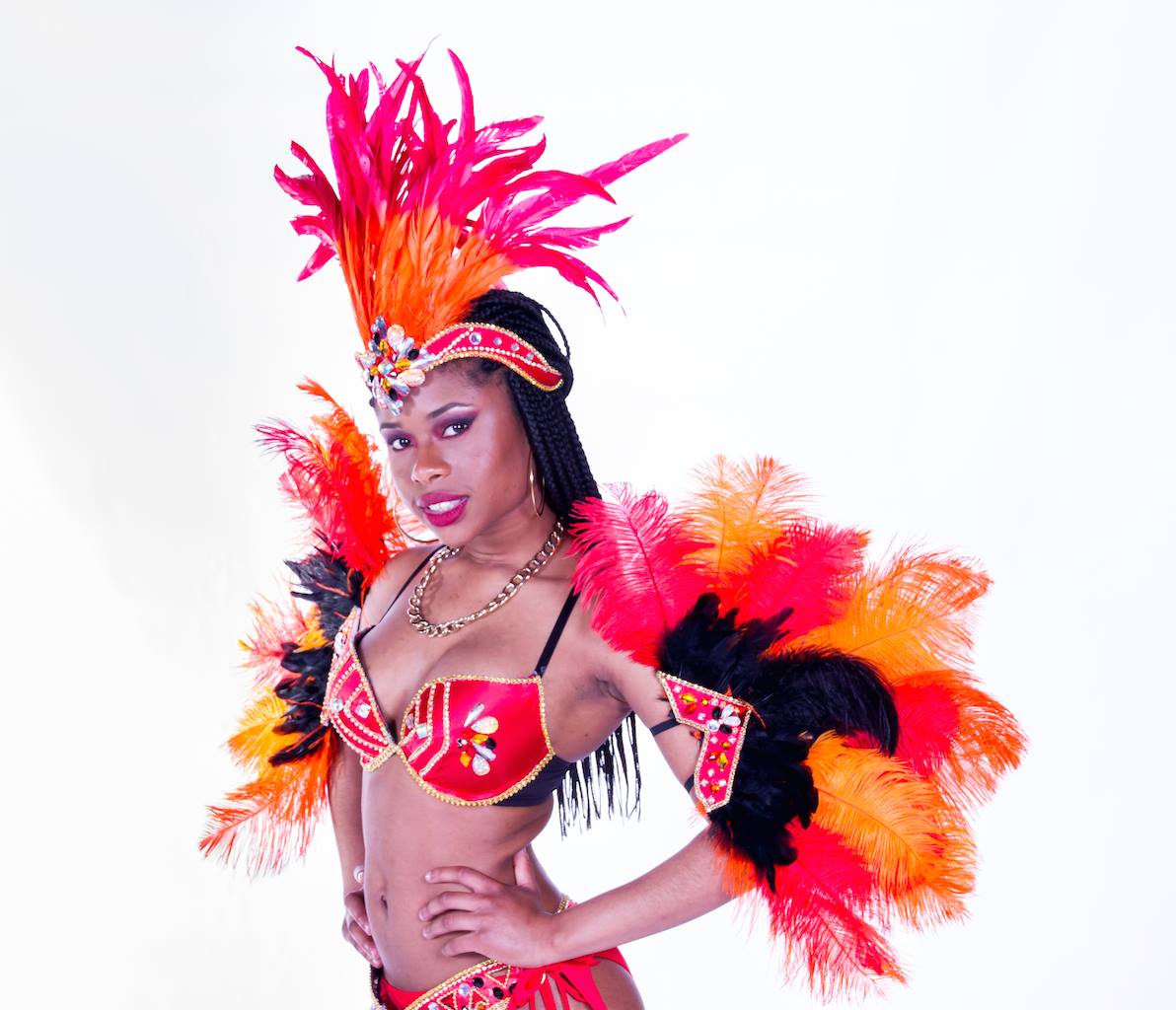 Mangrove masquerade band, along with its joyful musical sister: the Mangrove Steelband, have been participating in the Notting Hill Carnival for over 30 years.
The band’s home is the renowned Tabernacle, at the heart of Ladbroke Grove.
You’re in safe hands when choosing Mangrove Mas band to play this year!

The designer for costumes this year is  Diane Williams assisted by a couple of her apprentices. The theme for this year for this band is called ‘Flight of Fancy’. Alisha stated it was chosen  as it represents rising through adversity and change through a growing world.  Each section has been given a role to play.  There are four sections produced by Mangrove and an additional section brought independently by Too Fly Creations. Mangrove consider their band a family band and are fierce in their love and protection of each other. They ensure all their masqueraders have a good time and most of all to keep their culture alive.

Read our experience, at the 2015 costume reveal